“We are raising funds for the Benidorm Food Bank initiative.

With the help of many companies, Benidorm British Business Association (BBBA) supporters and staff are helping to feed more than 80-90 families per day – and this number keeps growing.

The money raised from this will support the Benidorm Food Bank, any excess money raised will be used to support other food banks further away.

I had the idea  to make a charity song about Benidorm. But all I had was the idea; I didn’t know where to start.

As I have lived and worked in Benidorm for more than 15 years, I know many of the acts, bars and hotels, but not all.

So I asked for help, to see if there were at least eight acts that could help me make a charity song for families in need in these uncertain times.

Surprisingly, I had eight acts within seconds of asking.

Later, Pablo Bloom offered his help and experience, being a well-loved and well-known artist, I was glad to have him at the forefront of the show.

Pablo wrote the new song “Hang In There”. 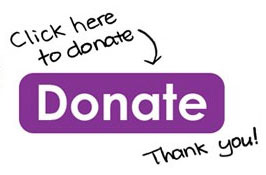 Thanks for Donating to the Food Bank

We both thought it would be easy and quick to edit and produce, but that was until other acts wanted to participate in the song.

With Pablo now working hourly to edit and tidy up the 120 recordings, he also has his family to support through live evening shows. Weeks of work were needed to produce the final cut.

We have had so much support that it is impossible for us to list everyone.

There are 120 acts, including the original Sticky Vicky, coming out of retirement to participate in this charity event.

The Benidorm Palace event organiser has said the song can be performed, as a one-night event, once things return to normal.

If you have taken the time to read this far, please donate what you can.

Even if you can’t donate, share this with all of your friends.”

Pablo Bloom, popular Benidorm entertainer and writer of Hang in There, told Benidorm Reviews: “We thought it would be more from the heart if we wrote our own song, trying to give it a positive, caring message, with a few smiles and jokes to give it that Benidorm touch.

“We had such a great response, so many wanted to participate. So I bit off a bit more than I could chew, and was editing late at night for two and a half weeks.

“I wrote it from the perspective of ‘how could I cheer up a friend?’. That’s where I got the ‘I’m six feet away, but I’m still by your side’ idea.

“It was great for me too, because after two months of not seeing the Benidorm community, suddenly I was getting these videos from all of them and seeing their faces and enjoyment.

“We are hoping the song will help the most vulnerable and weak in this moment. We’re all going through a rough time, but it’s good to pull together for the people who are having it worse.”

Pablo Bloom does a live show every evening on his Facebook page. Visit it here.

Over 100 Benidorm Performers have taken part in making a Benidorm Charity song to help them In need. Feeding over 80 Families a Day & Rising fast.