Calling all people of any nationality based near Benidorm this Sunday!!!

The search party will be coordinated from the Sherry bar and restaurant on the corner of Carrer d’Alacant and Plaça de la Senyorita (map below). 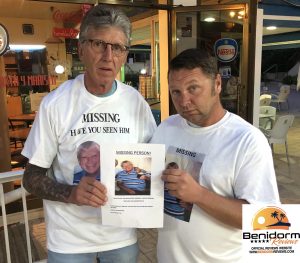 Much loved great-grandfather Phil went missing from his hotel room at the Edifico Gemelos on Calle Derramador, the far-eastern end of Playa Levante, on Monday 9th September around 5.30pm.

He told his travel partner he was going to ‘buy cigarettes’ but appears to have become confused and disorientated.

He was taken to Benidorm Police later that same day, but released at 3.00am on Tuesday morning for reasons we can’t understand.

There has only been one confirmed sighting of Phil so far at the Rambo Bar, on Carrer de Sant Llorenç, in Benidorm Old Town just metres from the famous Mirador.

He MUST still be out there somewhere. 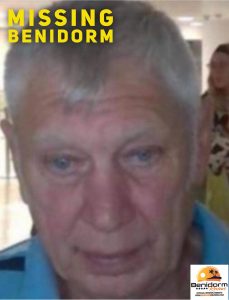 “On the morning he left for Benidorm he was happy, laughing and joking.

“This kind of thing has never happened before, he’s got no diagnosis of Alzheimer’s or dementia – only some memory loss.

“We have no idea what’s triggered his disappearance. It’s absolutely gut-wrenching for us as a family.

“Benidorm Police have got involved with drones and helicopters.

“We are checking the hospitals every two days – but we’ve not had a big search party yet.

“We believe he will be in the Old Town. He doesn’t like busy crowds, which is why we think 7pm is the best time to find him.

“He’s a really lovely man, gets on with everyone, so he could be at any of the bars. Or at least someone must have seen him.

“We just want our dad back. It’s heart-breaking. We will not stop until he’s back home with us.” 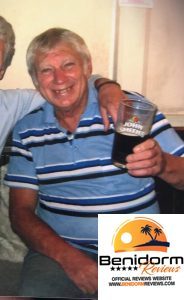 Lee, Phil’s brother Alan and Phil’s neice Karen will be at the Sherry bar and restaurant tomorrow from 7pm to coordinate the search effort.

Flyers and routes will be provided for small teams to go into every bar, restaurant or hotel and leave the flyers with contact numbers for Lee and his brother Wayne and ask for any sightings.

If you can spare two hours from your holiday in glorious Benidorm, please help this desperate family get their loved brother, uncle father, grand father and great-grandfather back home. 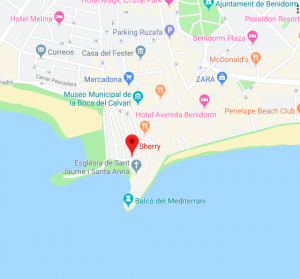 Thousands Could Be Stuck Abroad As Thomas ...